The Val Pusteria holiday region, the land of the Three Peaks, is nestled between the unique peaks of the Braies and Sesto Dolomites

The Alta Val Pusteria holiday region, with its five municipalities, Sesto, San Candido, Dobbiaco, Villabassa and Braies, is situated in the eastern part of South Tyrol at the border with Austria where it extends by another ten villages and becomes the East Tyrolean Hochpustertal.
Located at the foot of the world-famous Dolomites, which have been declared a UNESCO World Heritage Site for their beauty and unique character, Alta Pusteria is also known as the land of the Three Peaks and is one of the most impressive climbing and hiking areas in South Tyrol. Majestic mountain peaks, rugged rock formations, flowering alpine meadows and crystal-clear mountain lakes give the landscape of this area its character. The most popular destinations in the area include Lake Braies, Lake Dobbiaco, the Fanes-Senes-Braies Natural Park, the Three Peaks Nature Park, Val Fiscalina in Sesto, the Prato Piazza plateau and the wildlife park in Dobbiaco.
Lake Braies impresses visitors with its unique location at the foot of the Braies Dolomites and its deep blue, partly emerald green water, which reflects the surrounding peaks on sunny days. You can take a stroll around the picturesque Lake Dobbiaco, located at the entrance of Val di Landro, via an interactive, nature trail. It is located between the Three Peaks and Fanes-Senes-Braies natural parks. In the wildly romantic Val Fiscalina you can enjoy the tranquillity of seemingly untouched nature and be enchanted by the elegance of the Sesto Dolomites. 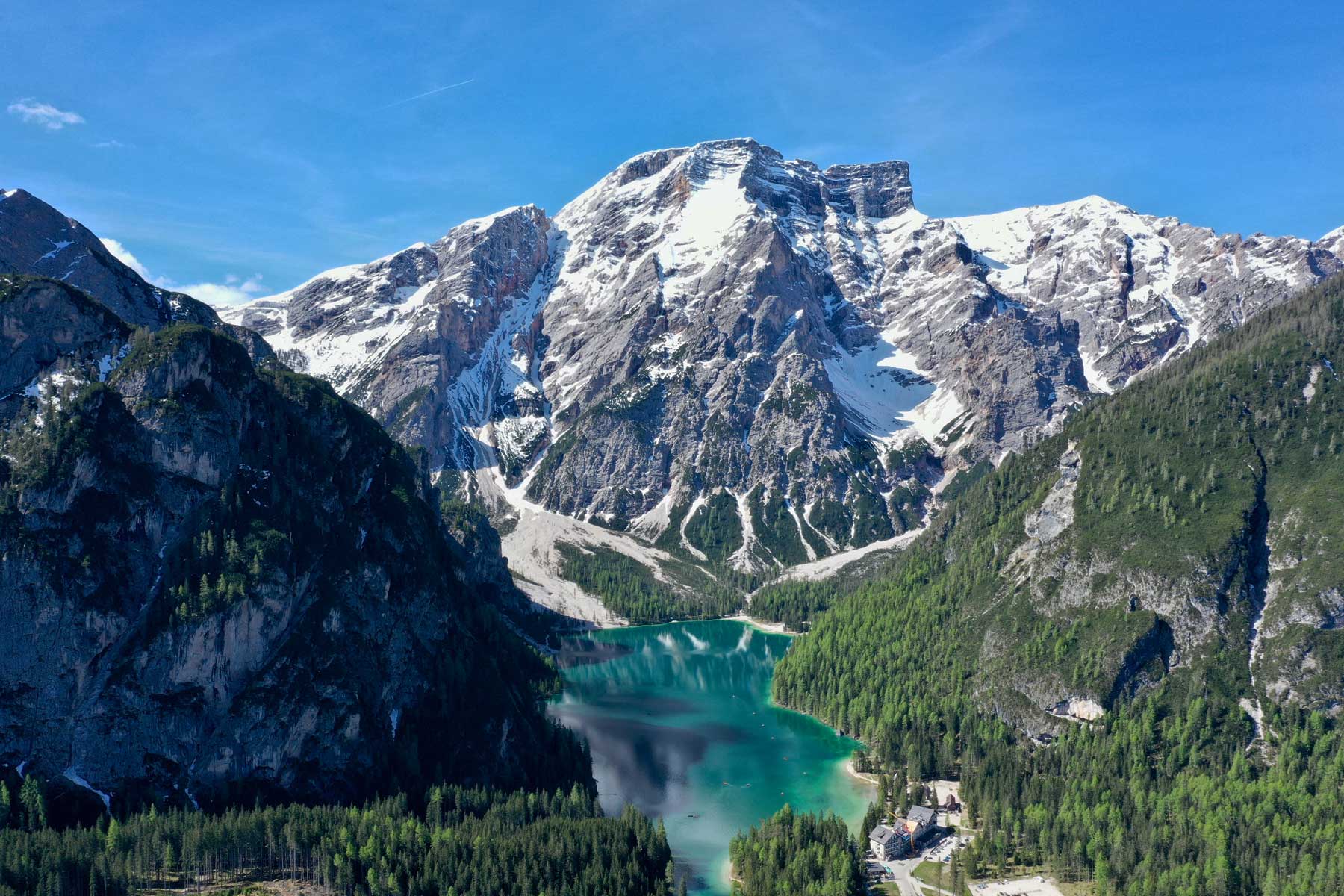 A wide variety of sports and leisure options are also available in the Three Peaks region for those seeking an active holiday experience. Activities such as mountain biking, tennis, horse riding and swimming all promise variety and fun for the whole family. Numerous cultural and sporting events such as the Gustav Mahler Music Weeks and the Dolomiti Balloon Festival further add to the activities on offer.
In winter, the Alta Val Pusteria holiday region is a paradise for skiers, snowboarders, cross-country ski enthusiasts and hikers alike. Breathtaking mountain scenery, guaranteed snow and more than 90 km of perfectly groomed slopes all mean that the Sesto Dolomites ski area is one of the most popular winter sport locations in South Tyrol. Cross-country skiers will find everything they wish for with 200 km of trails and an incredibly unique natural landscape.
Alta Pusteria also has a lot to offer culture lovers: impressive castles, palaces and museums, as well as idyllic villages steeped in history and tradition, not to mention the collegiate church in San Candido; one of the most beautiful Romanesque religious buildings in the Eastern Alps. Alongside numerous shops and restaurants, holidaymakers will find a wide range of accommodation available in these locations - everything from a cosy bed and breakfast, to a quality spa hotel.