Valle Isarco/Eisack Valley is one of the most diverse holiday regions in South Tyrol, thanks to its picturesque towns, idyllic villages and unique natural landscape

Valle Isarco (Eisack Valley) in South Tyrol has something to offer for every season and taste. The beauty of the landscape, colourful variety of leisure and cultural activities, not to mention the rich and varied cuisine, are great reasons to spend a holiday in Valle Isarco. The diverse holiday region, also known as the "valley of paths" due to the wide-range of walking and hiking trails, stretches southwards from Vipiteno to Bolzano. The landscape here is made up of high mountain peaks, vast mountain pastures, dense forests, rolling hills, flowering apple orchards, picturesque vineyards and age-old chestnut groves.
The historic town of Bressanone with its spectacular cathedral, the Fugger city of Vipiteno and the artistic town of Chiusa offer interesting insights into cultural history and invite visitors to stroll through their medieval streets. Enjoy the Mediterranean flair of the old town with its numerous shops, top-quality restaurants and various attractions. Further highlights for lovers of art and culture include the Monastery of Novacella, the Diocesan Museum in the Hofburg Palace of Bressanone, the Mineral Museum in Funes, Trostburg Castle in Ponte Gardena and the South Tyrolean Museum of Hunting and Fishing in Wolfsthurn Castle. The apple tree plateau in Natz-Sciaves with its incredible apple blossom is also worth a visit in the springtime.
In summer, hikers, cyclists and mountain bikers find everything they could wish for in the Valley of Paths. Rio di Pusteria, Rodengo, Luson, Velturno, Villandro, Laion and Barbiano are just a few of the villages that are starting points for stunning hiking trails and mountain tours of the surrounding alpine pastures and peaks. Along the Keschtnweg (Chestnut Trail), which leads from Varna to Bolzano via Renon, the fifth season in the Southern Alps, known locally as Törggelen, begins in the autumn. In traditional taverns, hearty specialities, roasted chestnuts and new wine can be enjoyed in good company. 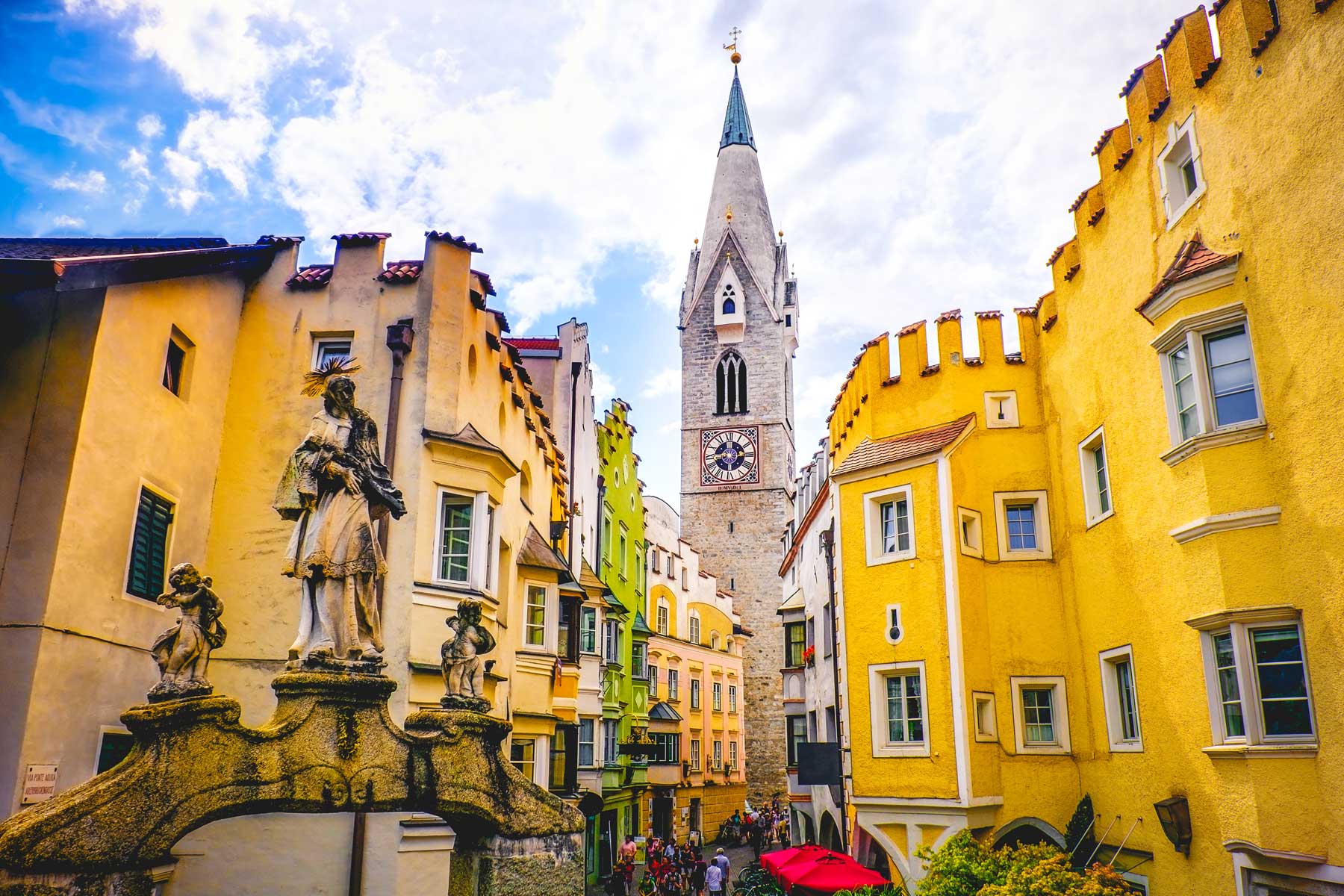 However, Valle Isarco isn’t just worth a visit in the warmer months. In winter, snow is guaranteed as well as plenty of sunshine, fun and variety alongside a wide range of winter sports, Christmas markets, cosy mountain huts and much more.
There are five local ski areas: Plose, with the longest downhill run in South Tyrol, Maranza-Valles with a total 55 km of slopes, Racines-Giovo with 8 lifts, Monte Cavallo- Vipiteno right next to the town, as well as the small but beautiful Ladurns- Colle Isarco ski area. There are also numerous cross-country trails, toboggan runs, skating rinks and winter hiking trails. A walk through the magical winter landscape of Villandro and Rodengo alpine pastures is also highly recommended.
There is a wide range of accommodation available in Valle Isarco. The valley has everything from cosy holiday apartments in quiet locations, to luxury 4-star hotels in the village centre – there really is something for everyone. 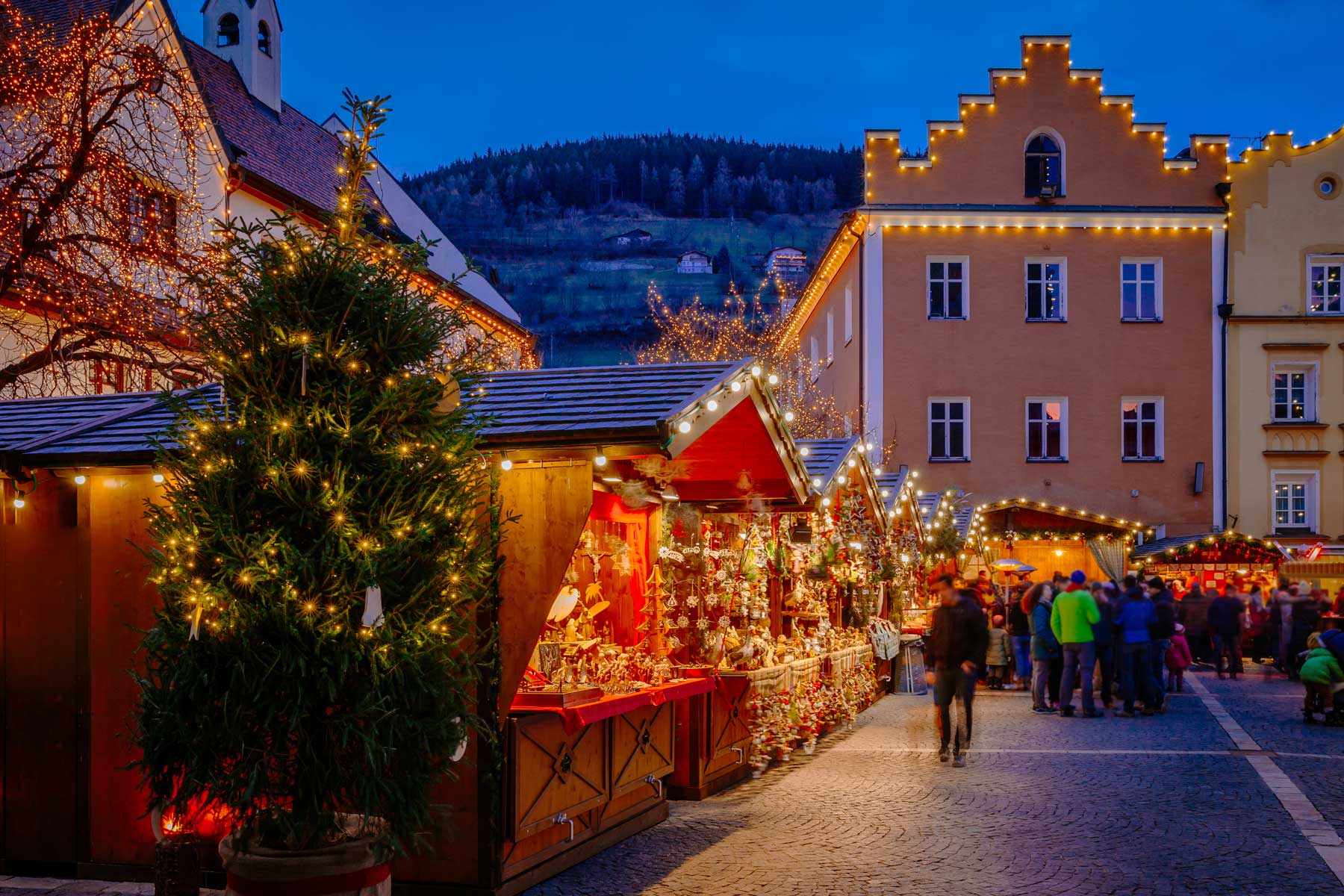