Valle Aurina/Ahrntal, situated on the sunny southern side of the Zillertal Alps, is a perfect holiday destination for nature lovers and outdoor enthusiasts

Surrounded by a mountain wall of over 80 three thousand metre peaks, Valle Aurina is one of the most beautiful holiday regions in the South Tyrolean mountains. The valley is encircled by the Zillertal Alps to the north, west and south-west, which form the border between Italy and Austria.
The Val di Tures spans from Brunico to Campo Tures and the Valle Aurina extends onward to the end of the valley. It includes the villages of: Campo Tures, Molini di Tures, Caminata, Acereto, Riva di Tures, Lutago, Riobianco, San Giovanni, Cadipietra, San Pietro, Predoi, Casere, Selva dei Molini and Lappago. Characteristic for the landscape are not only the high mountain peaks, but also the many traditional farms, which give the area an incomparable flair.
The Rieserferner-Ahrn Nature Park, part of which belongs to Valli di Tures e Aurina, enchants visitors with its wild pastures, diverse flora and fauna, as well as its majestic peaks and glaciers. There are many such magical places to be found throughout the valley, where nature truly unfolds her charm.
Sights which are particularly worth visiting are Tures Castle, the Mining Museum and the Mineral Museum in Cadipietra, the Nativity Scene and Folk Museum in Lutago and the show mine in Predoi with its climate tunnel, which offers therapy for people with respiratory ailments. 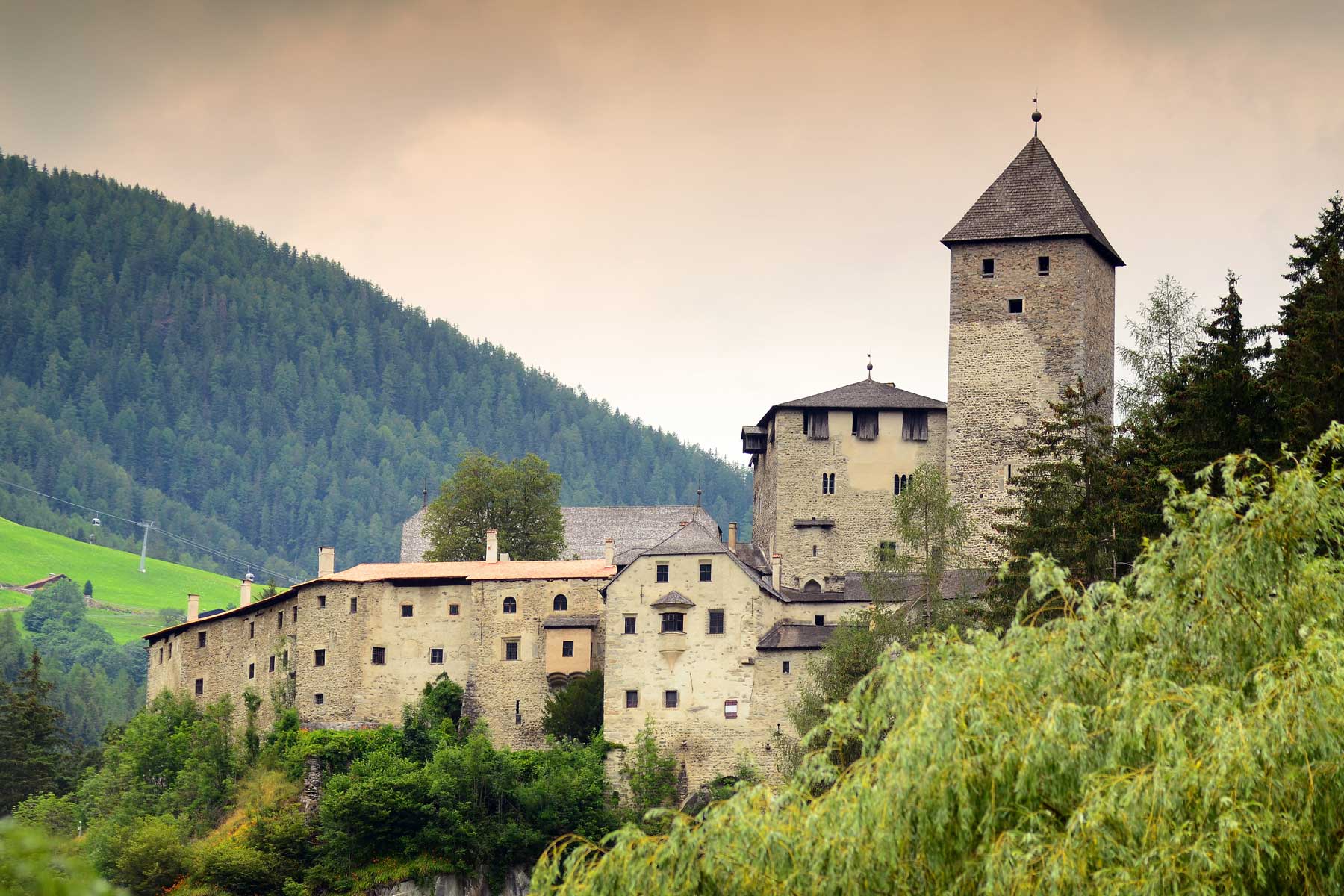 The waterfalls in Riva di Tures are another beautiful destination.
In summer, the Rieserferner-Ahrn Nature Park and the numerous peaks of surrounding mountain ranges are attractive locations for hiking and climbing. Mountain bikers are also spoilt for choice here. There are over 50 alpine huts offering refreshments and the chance to enjoy a well-deserved rest. Here guests can try hearty South Tyrolean specialities and take in some fresh mountain air. Those looking for adventure can burn off energy on a rafting tour on the Ahr or even by paragliding to experience the valley from above.
Already in autumn, the first snowfall can be seen on the mountain peaks, the larches turn a stunning gold and the mountain lakes are covered in a thin layer of ice, indicating that winter is on its way.
During the winter season, Valle Aurina transforms into a magical winter wonderland. The unique landscape, now deeply covered in snow, is best explored by taking part in a snowshoe hike or ski tour. Skiers and snowboarders will find everything they desire in the family-friendly Klausberg and Speikboden ski resorts, while cross-country skiers have access to stunning ski trails in Riva di Tures and San Giovanni.
After an eventful day in the South Tyrolean mountains, the region’s cosy apartments and hotels offer a warm invitation to rest and relax. 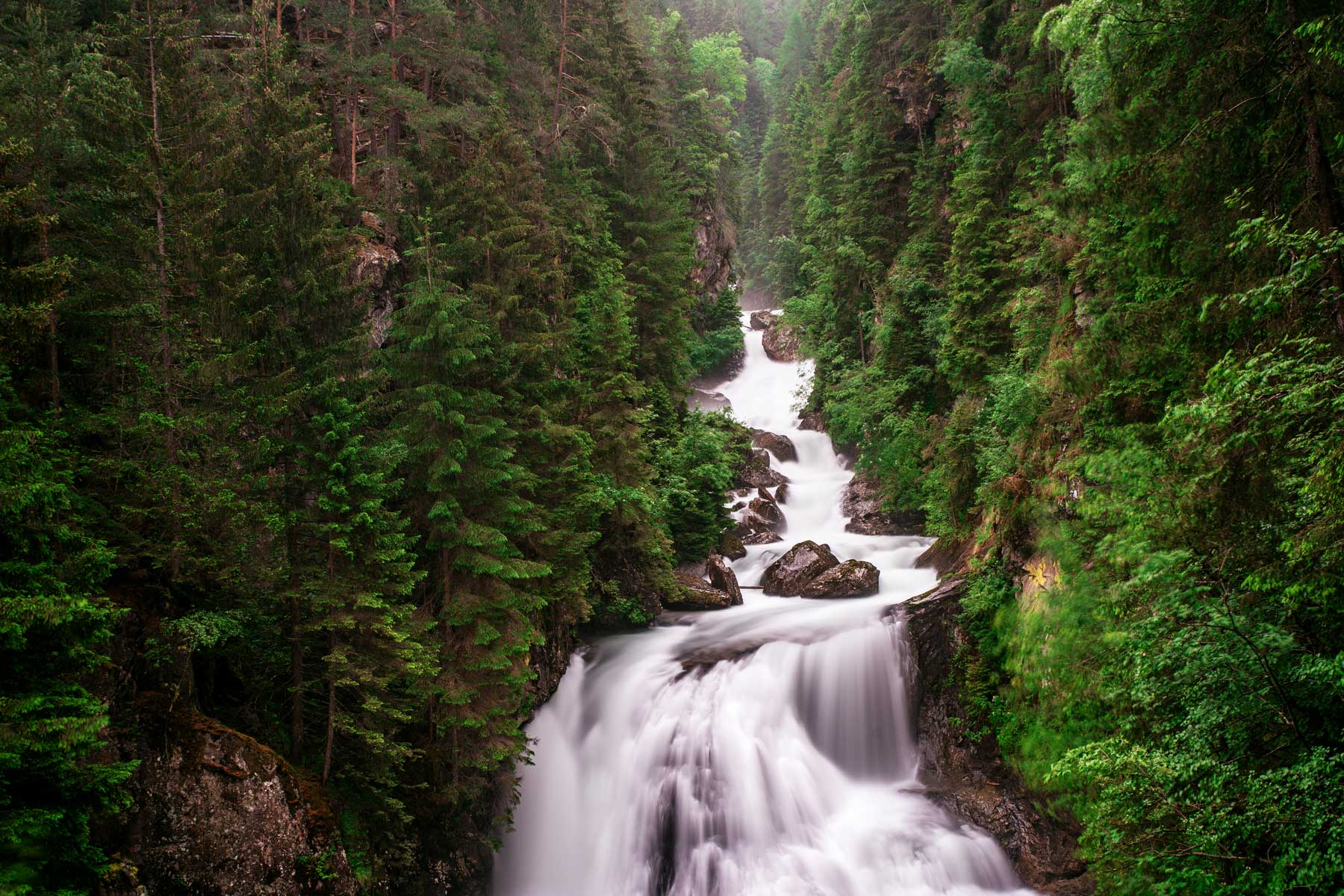