Cortina d’Ampezzo is a municipality in the province of Belluno in Veneto with around 6,000 inhabitants, known as Ampezzani. The village lies at an altitude of 1,211 m, surrounded by some of the most beautiful peaks of the Dolomites in the Ampezzo Alps, such as Monte Cristallo, Tofana di Mezzo and Punta Sorapiss.
Cortina was the venue of the Alpine Ski World Championships in 1932 and 1941, as well as for the Winter Olympic Games in 1956. Until that point, the majority of the inhabitants spoke Ladin, however Italian has since become the predominant language. Until 1919, the village belonged to the Austro-Hungarian province of Tyrol and had the German name Petsch-Hayden.
As the Italian home of winter sports and the first host of the Winter Olympics in Italy, Cortina d’Ampezzo still boasts sporting highlights every year such as the Women's Ski World Cup or the FIS Snowboard World Cup in the Faloria ski area. Visitors enjoy 120 kilometres of perfectly groomed ski slopes, several of which, such as the Tofana Olympia, have a place in skiing history. About 95% of these slopes are equipped with artificial snow systems, which guarantee a winter sports season from late November to early April. Thanks to Cortina's 3 ski areas, which are connected by a free ski bus, skiers and snowboarders can expect to find perfect conditions for all tastes and abilities.
With more than 1,300 km of trails, the Dolomiti Nordic Ski area ensures that cross-country skiers are not left out.

In summer, Cortina d’Ampezzo is a paradise for hikers, climbers and mountain bikers. Scenic attractions such as Lake Sorapiss, the Cinque Torri mountain group and the Lagazuoi Open Air Museum are definitely worth a visit.
Corso Italia, the fashionable boulevard in the town centre, boasts many up-market boutiques, modern shops and top-quality restaurants.
Enjoy an unforgettable stay in one of the renowned hotels or cosy holiday apartments in Cortina, the “pearl of the Dolomites”. 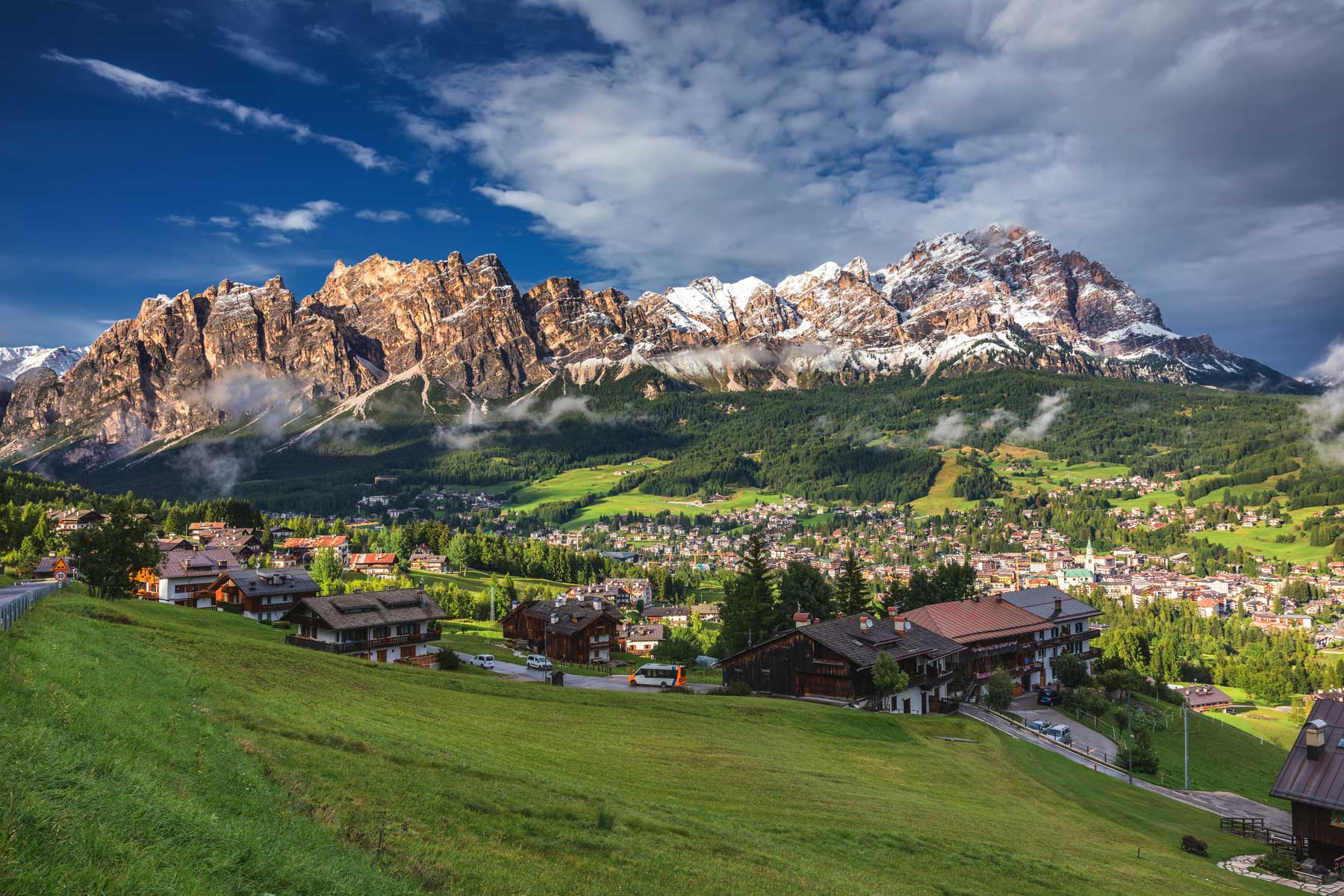