Hotel on the Altipiano dello Sciliar

The Hotel „Zum Wolf“ was first mentioned in the 13th century.
Documents of the 16th century already describe it as one
of the oldest and most renowned Inns in the ancient
borough of Castelrotto. The present owners renovated
it with care and taste to retain its traditional
appeal as a jewel of Castelrotto's medieval centre.

Servizi
Book now with the best price (from Euro 48,00) 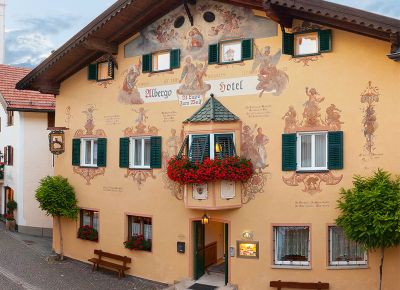