Maps of the Arabba – Porta Vescovo – Marmolada ski areas and for the First World War ski tour, one of the most beautiful ski circuits in the Dolomites

Look forward to an incredible time on the slopes amidst the breath-taking mountains of the UNESCO World Heritage Site.

The First World War Ski Tour follows the line of the former Dolomite Front, around the Col di Lana - a symbolic reminder of the First World War. Along the way, you come across trenches, tunnels and fortifications created by Austro-Hungarian, German and Italian soldiers during World War I to defy the enemy and be able to survive high up in the mountains. The tour takes you through the stunning Dolomite landscape, in between the mountains of Civetta, Pelmo, Cinque Torri, Tofana, Lagazuoi, Conturines, Settsass, Sassongher, Sella und Marmolata.

Improve your skiing style with a group course or a private instructor in one of the ski schools and find the best equipment in the ski rentals of Arabba - Porta Vescovo. 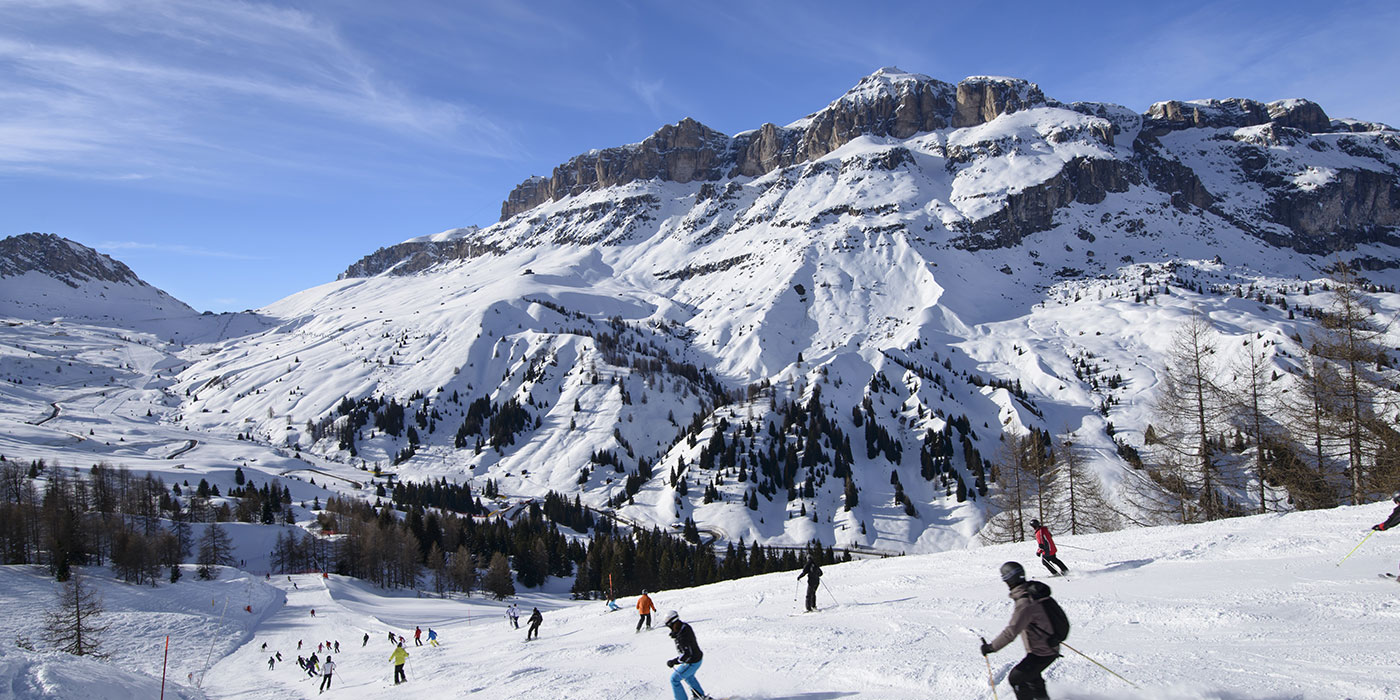